Fall in the price of soap in Burundi: repercussions on local soap-making cooperatives 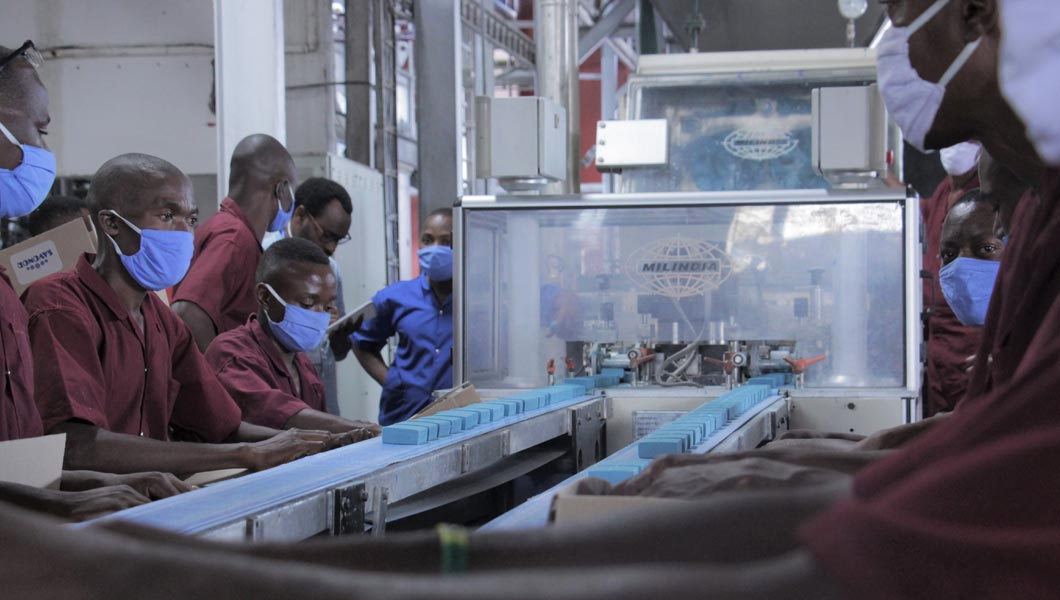 To face the Covid-19 pandemic, the Burundian government has initiated the massive voluntary screening campaign and the launch of a new blue soap "Ubururu" at half price. This has significantly impacted the production and sales activities of many community cooperatives such as that of the young Baseka Vianney Saïdi, Managing Director of UJEAD- Akeza Company (Union des Jeunes Engagés pour l’Auto-Développement) which manufactures soap in Mugoboka neighbourhood on the outskirts of Bujumbura city, he tells us.

It is very early in the morning under a light mist that breaks the heat of the sun of the great dry season that we are going to find Baseka who is already waiting for us in the modest soap processing room of his association. When we arrived, the small, almost empty shelves caught our eyes, "We barely produce any more because we have more customers who prefer the new blue soap at a low price," tells the man in his thirties.

This new competing soap costs BIF 150 ($ 0.07), which is half the normal price, was launched by the government of Burundi supported by UNICEF and manufactured by SAVONOR SA, the only company producing industrial soap. Burundi has got a gross domestic product (GDP) of 310 USD per capita as reported by Journal du net, 80 percent of its population living from agriculture and around 71 percent living in poverty at less that 1USD a day. The decision of reducing the price of soap has been remarkable as it allows even people from the poorest families to prevent themselves from Covid-19 by repetitive washing of hands.

“In these difficult times for the world, we are happy and proud to do our part to help people protect themselves against Covid-19 and other diseases that can be prevented by washing their hands with soap,” said Mathias Kuntze, Chairman of SAVONOR S.A. Ten million bars of 150 grams of soap produced each month for a population of nearly 12 million people during the months of July, August and September. If the new soap makes some people happy, it makes others unfortunate, “I could sell up to 10,000 soaps per month but I only managed to sell 500 soaps this month, the government's initiative was good but the consequences fall on the small manufacturers,” says Baseka, who is already struggling to maintain his business. If the situation does not change, the association of these former university students who did not want to join the ranks of the unemployed by creating this local factory risks seeing their meagre investment lost when they could cash in a profit of BIF 80,000 / month ($ 41.6 / month) before Covid-19.

A campaign to limit the spread of covid-19

Burundi appeared to be immune from the Covid-19 pandemic that was already raging in many countries around the world until last March when the first positive case was declared. To arm itself against this plague, the Burundian government has launched a massive and voluntary campaign to support the soap exemption and the reduction in the cost of tap water.

"I heal, I do not infect neither myself nor others," is the phrase that works the magic. It all started at the beginning of July with the inauguration of the new president Evariste Ndayishimiye, who has the fight against Covid-19 in his sights, qualifies it as one of the first enemies of the Burundians. The first screening begins on July 6 in the city of Bujumbura in the 3 voluntary mass screening sites: The High Technical School of Kamenge in the north of the city, in the courtyard of the Méridien hotel in the centre and in the Kanyosha parish for the South.

“We proceed by screening all the people who respond to the call then for the infected people, we continue by the systematic search of all contact persons, without forgetting that the screening of symptomatic people continues in the care structures”, proudly declared the Minister of Public Health and the Fight against AIDS, Thaddée Ndikumana in the media workshop on Mother-Child Health Week. The campaign is still making its impact as until August 7th, of the 17,306 tests carried out, 14,691 were carried out during the campaign and of the 408 total positive cases, 217 were confirmed during the campaign.

In March 2020, Baseka Saïdi's UJEAD (Youth Association for Self-Development) company donated around 2,500 soaps to locations where there is a high risk of Covid-19 transmission including high schools, bus stations and centres for people living with disabilities in a campaign called STOP Covid-19.

The interior of the country also affected by the soap exemption

As in the Saïdi cooperative, Olivier in the province of Rutana, who joined forces with five young unemployed from his district to manufacture and sell soaps, encountered many problems, “The business was going very well because we could have a profit from 150,000fbu ($ 78.04) per week but with the new soap at half the price, we have more customers and we are working at a loss without forgetting the stocks which are piling up”, complains the young entrepreneur. Moreover, Pierre Patrick Nzambimana from Gitega has filed a complaint with the commercial court for unfair competition against the government as to Jean Marie from a Makamba cooperative in the south of the country, alarming the government to find a way to support their small cooperatives to allow them to sell their products, if not these young people risk finding themselves poor and without means of income within a month and the situation could worsen in the days to come.

While waiting to find a solution for these small local soap manufacturers, Baseka Saïdi Vianney's company has embarked on the production of cosmetic skin soap to find customers. Note that so far, in the land of a thousand and one hills, officially, only one death from Covid-19 has been confirmed. 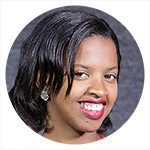