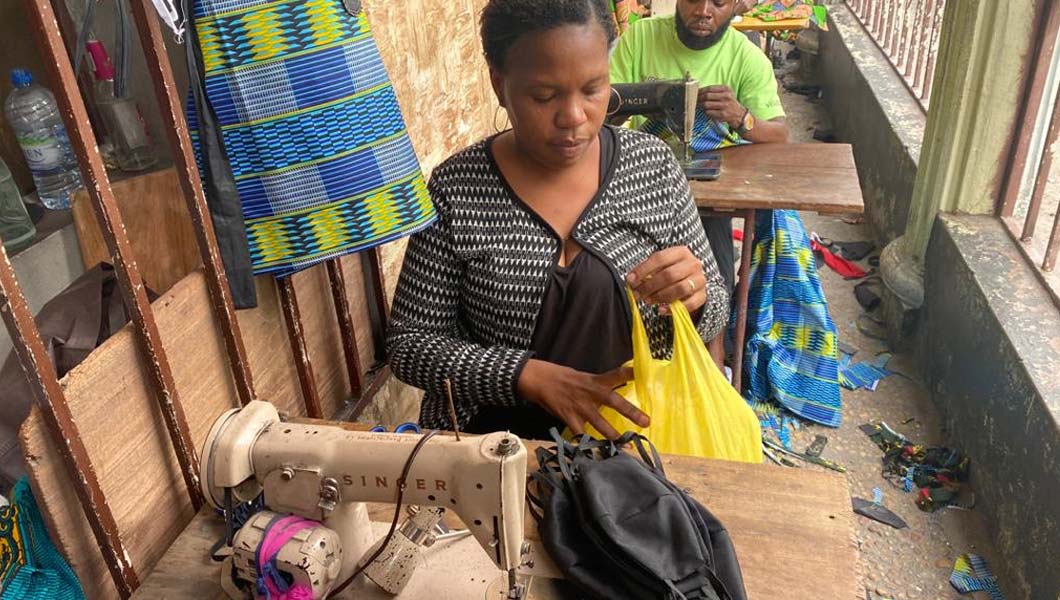 The impact of Covid-19 can be seen in the lives of every citizen within the Democratic Republic of Congo, and all activities have had to be adjusted during the pandemic.

Schools, churches, restaurants, bars, stores, universities and flights have essentially had to stand still, after the presidential decree of a state of emergency within the whole country. According to Jeune Afrique, President Felix Antoine Tshisekedi's order banned all flights from Kinshasa to provinces and from provinces to Kinshasa, in order to allow for the city’s lockdown.

President Felix-Antoine Tshisekedi declared a state of emergency in the entire country on March 23rd. The state of emergency has been renewed six successive times. During the state of emergency, there were many days of total lockdown during which absolutely no movement was permitted. Most public places including markets were closed, and only very few were left open for absolute necessities.

Whilst the richest percentage of the population buys food in supermarkets that have incredibly high prices, most people rely on food bought at different local markets. All of these markets were closed during the state of emergency.

For informal traders,food is acquired on a daily basis , after having gotten some profit from the day’s activities. No sales means no food. While these measures were probably the only way to limit the spread of Covid-19 in Congo’s capital city, which has an estimated 13 251 000 habitants, these measures were especially difficult for a population which has so many living in a precarious financial situation.

Although it’s reasonably easy to start a small business in the DRC, there aren’t many mechanisms in place that protect small businesses and entrepreneurs from collapsing. Diese Sakadi’s story tells us more about the circumstances surrounding her business during the pandemic.

Passionate tailor strives to feed her family by selling in unconventional settings.

Living in Kinshasa,Diese Sakadi commonly known as “Dada”(big sister in Swahili), is a single mom who sews for a living . She has to travel daily to go work at the studio located at the other end of Kinshasa. To do so, she takes at least 3 different Taxis each way including mini buses called “Esprit de Mort” (The Spirit of Death). These taxis are called by that nickname because often, they are in the worst condition that one can imagine. “Esprit de Mort” are often slanted one side, and they make incredibly loud noises from the engines pushing past their limit to keep running. In fact, passengers can often see the road beneath their feet if they look down at the half floating floor that is supposed to cover the entire base of the car.

But for many, it’s the cheapest way to travel from place to place, this is the case for “Dada” who’s a talented tailor. She says “I’ve been sewing for more than 18 years of my life, I started sewing in high school. Since Covid-19 started, I make 70 % less than I usually make; it’s been really hard.”

Dada’s business is amongst the many small businesses that had to adapt as much as possible. She says “Although I made 70% less than what I usually did, I saw selling masks as an opportunity to survive during this pandemic. As a tailor, I make money when people have weddings and parties to attend to , but since the pandemic started, there are no weddings and parties taking place so I don’t have any clients.” So using the many left over pieces of materials she had , she started making masks on a daily basis hoping to find clients wherever possible. She made up to 100 masks a day and had someone sell them for her.

Dada thought of the most unlikely places to sell these masks; funerals and morgues. In Congolese culture, funerals are very important. Christianity is an essential part of DRC’s culture as most of the population considers itself Christian. Thus, “Rejoice with them that do rejoice, and weep with them that weep.” Romans 12:15.

Where some countries have small funerals that are only open to the closest friends and families, funerals are open to all in the DRC. It is very likely to have total strangers attend funerals and weddings. After the loss of a loved one, having a large crowd in attendance is a way to show support in times of trouble. People even sleep at funerals until the deceased has been buried.

Although the number of people allowed to attend a funeral was limited to 20 people during the pandemic, funerals remained quite unmanageable in terms of how many people actually attended. As much as social distancing was recommended during funerals, it wasn’t so applicable in a culture in which the average number of children is anywhere between 5 and 7. Families are huge and it’s hard to determine who attends and who doesn’t attend the funeral. As the saying goes in Congo “you never say goodbye at a funeral” -- one comes and leaves a funeral without having to notify one's going for the grieving isn’t limited to a specific place.

This is why selling masks worked very well at funerals and during the pandemic. Many people still attended funerals and this is how Dada managed to feed her 2 children aged 6 and 7 years old. She says “I can’t really explain how I was able to survive during the pandemic, I’ve never had such hard financial times, it is simply the grace of God that kept me.”

This pandemic would have served as a huge lesson for many small businesses that had no mechanisms for saving. “What lessons did you learn from the pandemic and how did it affect your business?” I asked her. She replied “I learned so much! I learned that no matter how little money I make, I should make a particular effort to put some money aside for uncertain times like these. I need to use the money I make more wisely, because I had the impression that all I’d worked for , for over 18 years was altogether collapsing. I cannot make the same decisions and mistakes from now on.“ Dada is only one among so many small businesses that faced hard times during the pandemic.

Similarly, after he graduated from high school and waited to go to college, 19 year old Simeon Ngambo started a small business called a “Cabine”. This is the term used for kiosque-like stalls that primarily sell airtime, some electrical appliances like phone chargers, and snacks that people can grab as they pass by. “Cabines” are portable and often placed alongside the road close to bus stops. Selling airtime is always rewarding in the DRC, as monthly plans with sim carriers are quite expensive. Most people opt for daily or weekly buying of airtime, without which one can neither make phone calls nor access a mobile network for internet usage.

During the pandemic, access to the internet became a crucial part of people’s days, as staying home meant not doing much for most people. Internet usage was a must for nearly everyone. For the most part, internet bundles were significantly cheaper, but with variations of the currency’s rate, the economy was negatively affected as a whole. So all prices including airtime increased by at least 20%.

Simeon said : “I started this business so I could have pocket money which I need for going to soccer practice, saving towards college and helping with food purchases at home when there’s a lack.” Unfortunately, 2 months after he started his business, the state of emergency was declared and his activity had to stop. This was particularly hard for him, as he is pursuing a professional soccer career, and wasn’t able to go to practice at his local club because of a lack of money.

His parents were also home during the state of emergency and he explained : “Times were extremely difficult for our family, but by the grace of God, we were able to eat on a daily basis. We’d never seen anything like it before.” Simeon used a Lingala term “Mpiaka” to describe the financial situation at home. It can be translated as “Pitch bottom” in English, simply stating the lowest point that one can reach financially. The discourse is the same throughout the country which is experiencing a health and economic crisis. People feel like never before have their finances been so challenging.

According to International Rivers, “The situation in many parts of the DRC is tense...In many areas there are also shortages of water, soap and personal protective equipment. These factors coupled with the almost instantaneous need to shift to working remotely has created a number of operational challenges”

And not working means that Simeon had to do without more than just soccer. If he can’t work , he can’t save towards his college tuition either. Simeon isn’t discouraged; he understands that crises happen from time to time in life, but that they aren’t the final destination. He says “I hope to become an international professional soccer player one day, it is my biggest dream. Perhaps you’ll see me on TV one day.”

I boldly told him that it would be my greatest joy to see him become the soccer player he wishes to be.

On a more encouraging note, the month of July brought many beautiful and positive changes. The state of emergency was finally lifted after 6 consecutive extensions, and things are slowly but surely getting back to a different kind of normal. The country registers “88% rate of healing” and the “catacombs” predicted by OMS has not seen light in Kinshasa.

Businesses are confidently restarting and hoping to recover as best as possible. With flights opening, people are traveling to and from and within the DRC. COVID19 remains a present enemy. However, people have decided to live with it, prudently but with no fear. Armed with a steel mentality, entrepreneurs are constantly looking for ways to keep making a living during such times. COVID19 , a crisis, a lesson , an opportunity. An opportunity to push past one’s limits and to flourish while overcoming tenacious adversity. 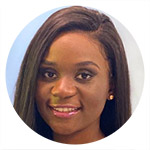