How Nigeria's small business are surviving the pandemic 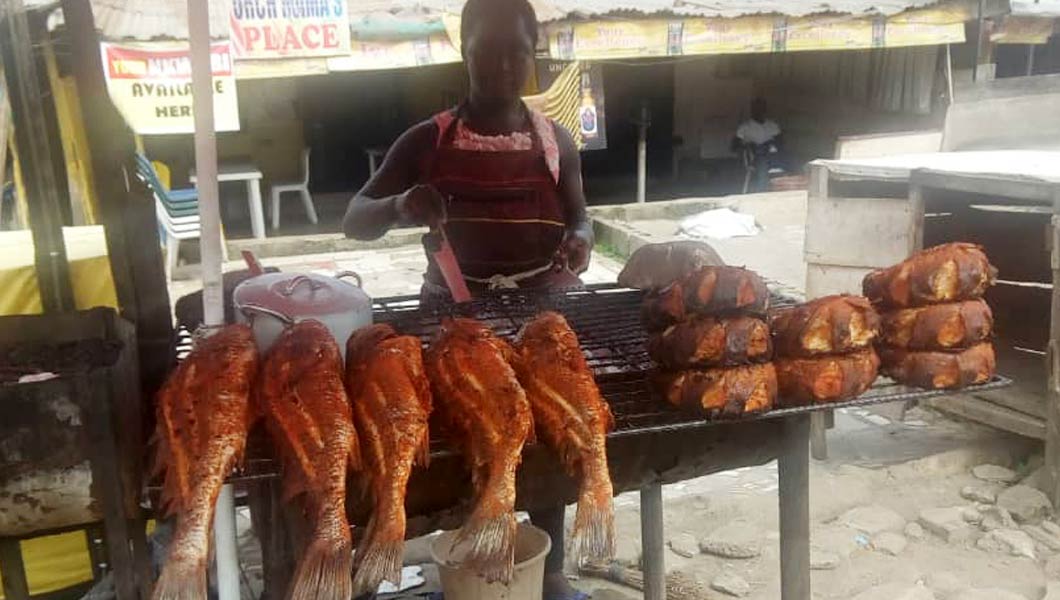 ABUJA, "Police, police" a 12 year old boy ran down the road screaming, towards a woman selling roasted fish and chips beside a small makeshift bar in Kubwa, a satellite town in the Federal Capital Territory in Nigeria.

Quickly the boy and his older sister of about 15 assist their mother carry the small basin with hot coal on which three fishes where roasting, they take it to the back, carry away the table that the fish was being roasted on and stood back innocently watching the road eagerly for the police to drive by. The makeshift beer parlour was also quickly closed while the few customers that had been drinking and chatting with friends dispersed to nearby building.

This has become a normal routine lately for most beer parlour owners and the fish sellers located next to them in the Federal Capital Territory who have been forced by the Ministerial task team on the Enforcement of Covid-19 Restrictions to adopt to the new realities in place.

Since the lockdown that was implemented in Nigeria as a way of curbing the spread of the corona virus, nightclubs, bars and gardens have been ordered not to operate until the restrictions are lifted, restrictions has also been placed on restaurants that can only serve customers who will take their food away and the restriction on market operation has just being lifted.

The ministerial task team monitoring unit drives around Abuja ensuring compliance and arrested offenders are dragged before the numerous mobile courts spread around Abuja but most bar owners, customers and fish sellers attached to such bars have found a way to beat the system.

Fish seller and mother of the 12 years old boy, simply known to her customers as Madam cash explains that things where so difficult during the lockdown due to the restrictions to movement.

"My husband is a business man, he sells building materials and that is considered non essential so it was difficult for us. We did not get any form of government assistance or palliative because we where considered not poor enough.

"We have responsibilities, we are not new to struggling, our struggles is not just because of the lockdown and pandemic, we have been struggling to survive before now and it has become part of us. After selling, I make as much as N3000-N5000 ($7.87-$13.12) as profit daily depending on patronage." She said.

She added that she had tried supplying her products to customers that demanded for it at home during the days of complete lockdown but it was barely enough to take care of her family so she had to get back to her hustle.

In another part of town, the lockdown almost ruined the business of local small-scale vegetable farmer Confidence Ogbu. The farmer who is a part of a group of over hundred small scale women farmers cultivating small portions of land in Jiwa community in the Abuja Municipal Area Council said that her crops which are perishable almost got ruined in the farm until she took the bull by the horn.

For women like her who cultivate, tomatoes, peppers, curry leave, pumpkin leaf and a lot more, sales is usually not an issue because local vegetable traders usually come to meet them in their farms daily to buy and then resale in the market but when the lockdown became fully implemented, the patronage stopped this was not because the sale of food items was banned but because markets where shut down or only allowed to operate for a couple of hours on designated days and vehicles that would have transported traders to her farm became scares.

"My customers could no longer get to my farm, so I began hawking vegetables." She began taking her vegetables to nearby mobile markets that operated behind the backs of security agencies and disperse when police arrive to chase them away.

"They chased us about like animals but we had to keep going back, I couldn't stay back and watch my children go hungry."

After announcing a total lockdown due to the corona virus like most countries did in major cities like the Federal Capital Territory, Lagos and Ogun and partial lockdown in some other states, President Muhammadu Buhari announced that the government was going to put measures in place to take care of Nigerians, he said that apart from food distribution and conditional cash transfers that will be made available for Nigerians different measures will be put in place to assist businesses and business owners.

One of such was the N50bn intervention fund announced by the Central Bank of Nigeria to help households and small businesses, which is meant to serve as a stimulus package to support those that have been hard hit by the pandemic. According to the CBN, Small in Nigeria make up over 86% of the country's workforce and an important part of the private sector.

Based on guidelines published by the CBN applicants that can benefit from the loans must be those with verifiable evidence of livelihood adversely impacted by the pandemic and the conditions to accessing the loan includes provision of a collateral, a 9.0% interest rate and a lot more.

By April, the managing director of NIRSAL Microfinance bank Mr Abubakar Kure, in a media briefing confirmed the receipt of over 80,000 applications from individuals and businesses, out of which 40,000 was from households and 30,000 from small business owners and he promised that the disbursement of funds was to commence the week after.

But for small scale poultry farmer, Wakilat Okeji accessing these funds are not as easy as it seems, "Recently I tried applying for the COVID-19 support but when I got to see the conditions for even N1.5m like the movable assets, a guarantor that is a professional or that is level 12 and above etc."

She said that the government cannot cushion the economy with stringent conditions because as it is the big players are still the ones accessing such funds at the end of the day.

Other players like small-scale farmer Asibi Gade of Kwali Area Council is outrightly scared of the idea of accessing loans. "To me, going for loans is like asking for hypertension. What if something happens and I cannot pay back? They will chase me around and give me sleepless nights."

She believes that if the government truly wants to help people like her, the interest of such loans should be brought down to a minimum and the time for refund should be more reasonable.

Presently, most businesses in the country are struggling from the impact of the pandemic, presently most businesses are failing which has led to the retrenchment of thousands of workers from businesses and private institutions. So far, several banks, media houses and a lot more have sacked a high percentage of workers while teachers of almost all the private schools in the country have had to go without pay since children are no longer in schools and thereby not paying the usual fees that salaries are to be paid from.

In all of these, the appeal for loans is still low because many business owners are scared of losing their businesses if they are unable to pay, while many that are willing to take the risk have difficulty meeting the conditions or do not get selected because of the limited offers compared to the country's large population of people in need. 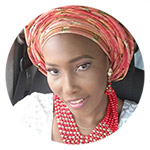